You are here: Home / Wardrobe Inspiration / Sewing with a Plan: My 5 Must-Haves for Fall/Winter

Yes, it’s still summer here in California.  It’s hot and dry and my calendar says it’s August, so I know it’s summer.  On the other hand, my husband (a middle school teacher) has gone back to teach for the new school year and it seems like summer is over.  It will likely be warm here until November, so I won’t be putting my warm weather frocks away any time soon.  Although I have a plethora of spring/summer wear at my fingertips, the cold weather items in my wardrobe are lacking.  I’ve attempted to fix this over the last few years, but I still don’t have much.  I seem to live in leggings and knit dresses (Colette Monetas and Cashmerette Appletons) in the cold months and I do a lot of layering.  Cardigans are definitely my best friends.

As we remain in a historic drought, it’s difficult to think of bundling up when it doesn’t get below 40 degrees (F) very often.  Last winter was a much better one than the previous three, but still not normal.  It used to rain from September to May and snow from December to February.  It’s never been “below zero” cold here, but there was ice and frost to contend with.  I really miss those days, but as it’s been a rather warm climate here as of late, this explains my lack of cold weather clothing.

I have kept lists of what I need in my wardrobe and what I plan to sew for a few years now.  I also sew things with an intention of where I will be wearing it.  In other words, I always sew with a plan.  However, I am very tempted by light summery fabrics and sewing all the dresses.  I look at the piles of wool in my stash and dread sewing them.  And yet, I do dream about wearing them and have patterns paired with them, but another year passes and I don’t do it.  Mostly, it is due to the reasons that I’ve outlined in the paragraph above, but another is apathy.  And although I look forward to cold weather and enjoy it (I remain acclimated to cold weather after living in it for most of my college years), I just don’t sew for it.  That’s going to change this year.  I’m going to make it so.

This means that I’m going to be prepared this year and I’m going to sew the cold weather things before it’s even cold, which is really unheard of in my world.

This has been on my to-do list for years now and yet I still have not done it.  I do have two wool coats and a down coat, so it’s not like I will freeze if a blizzard rolls through here.  However, I want something new.  I want to sew a coat.  I got as far as rolling out my beautiful Marc Jacobs wool and placing all of the Grainline Cascade duffle coat pieces on it, but I didn’t cut it out and I lost interest when it warmed up (I think this was in Feb/March).

I may still sew that duffle coat, but I have another coat on my mind — the Decades of Style 1940’s Claremont Coat.  Ever since I watched “Home Fires”, I’ve been wanting a 1940’s coat.  The Claremont is the perfect pattern and I picture a green wool version.  It will pair so perfectly with my retro dresses and is definitely something I need in my closet.  ASAP! 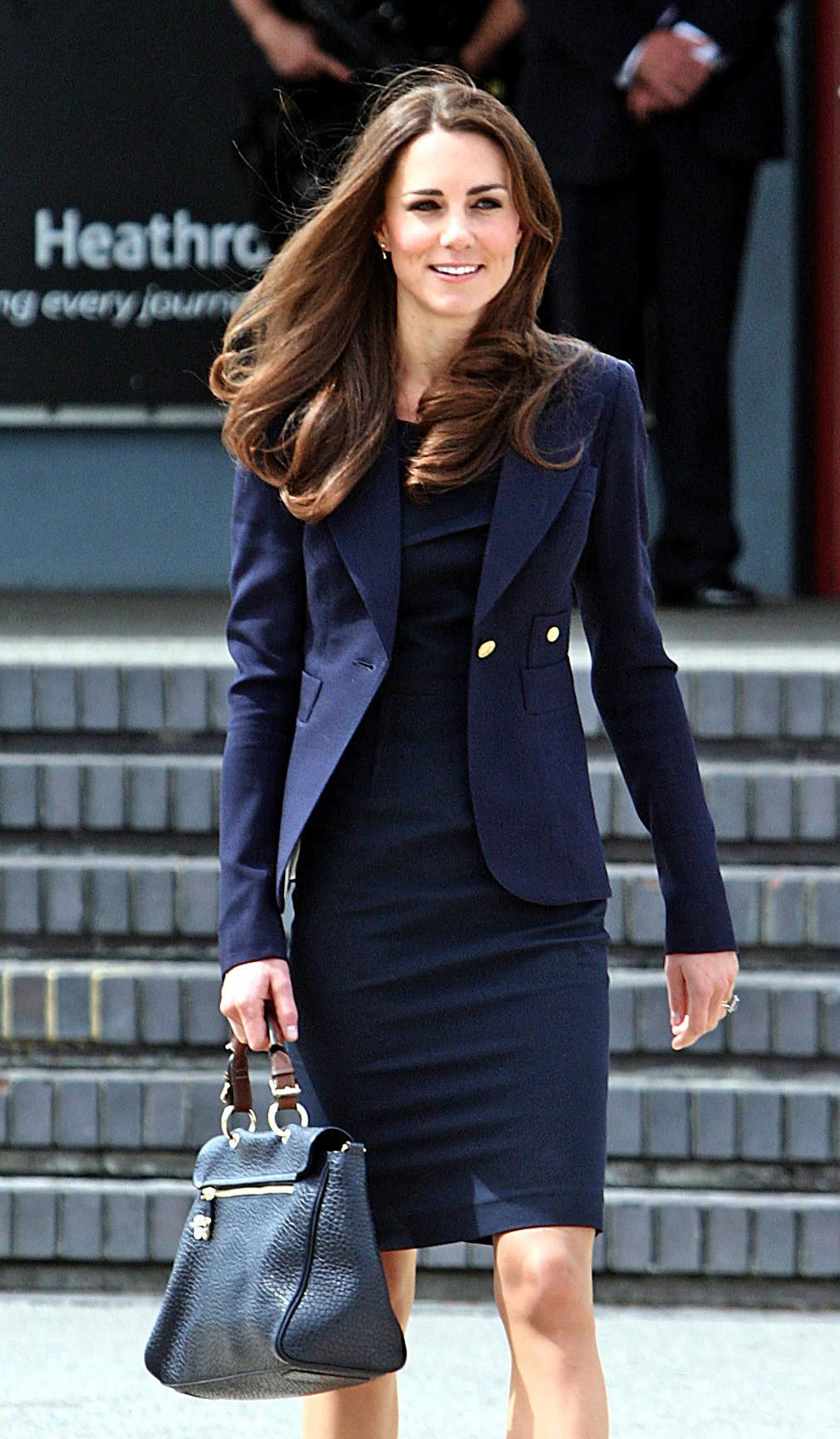 A navy blazer is so versatile and classic and yet I don’t have one in my wardrobe, so it’s something that I definitely need to make.  It has been nearly a year since I purchased wool suiting from Britex to make one and yet, I haven’t even got close to cutting it out….. This is definitely on my short list.

I go back on forth on this one.  One one hand, I don’t wear jeans/pants very often.  But on the other hand, it’s:  a) nice to have them when you want to wear them and b) I might wear them more if I had some outstanding jeans that I really love.  I do have RTW Lucky jeans that I like quite a bit and wear them occasionally, so I’m not lacking on the jean front.  But I have been so inspired ever since the Closet Case Files Ginger Jeans came out, that I want to sew them.  I also really want to sew with selvedge denim and look forward to trying out the Morgan jeans as well.  In addition to those, I also would like to test out the Burda 6951 jeans pattern.  Three pairs of jeans? Why not?!

Yep, some basics are on my list.  I’m going to bust out my Cashmerette Concord tee pattern and sew some more up.  Yes, to pair with my jeans.  They may all be breton striped, but I will throw in some versatile solids.  Having some classic shirts to go with skirts is definitely needed.  I often wear my geeky nerd tees (I’m a Whovian after all), but I want something a little warmer. 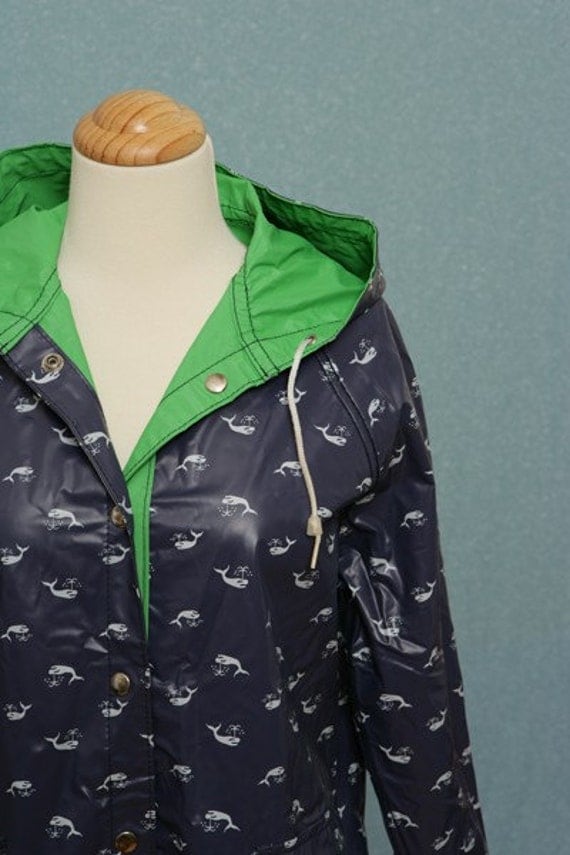 I have made a Sewaholic Robson trenchcoat and I actually did sew a hooded raincoat a few years ago (unblogged), but I need something more like the above photo for blustery weather where an umbrella won’t do.  The hooded raincoat that I made (an OOP McCall’s pattern) was a good idea and I do wear it, but it’s more slim-fitting in the arms than I’d like and I added a turquoise lining plus turquoise top-stitching which really doesn’t go with everything…. Plus, I never got around to adding buttons, so it ties shut and therefore, I don’t wear it often.  I’d like to have a neutral raincoat with a useful hood that buttons or zips and keeps me dry.  I don’t have a pattern picked out yet, but that’s on my list to do, as well.  I also need some new wellies, but that has nothing to do with sewing….

Are you going to hold me to this?

I actually will welcome some nagging if January comes and I have not sewn all or any of the above.  I’m going to try really hard to sew all of these and do it in the next few months.  I do have a 1920’s dress that I’m working on right now for an event next month, plus a pattern hack for Sew Your Hart Out September that are first on the list.  After that, it’s time to winterize me.  I will be sewing dresses as well as I do not have many cold weather ones.  I have a plan visualized in my head that revolves around a navy, green and red wardrobe and I so want to see it come to reality.

Fall and winter sewing! It’s on!!!

Dots dots dots! I am elated to finally finish my P